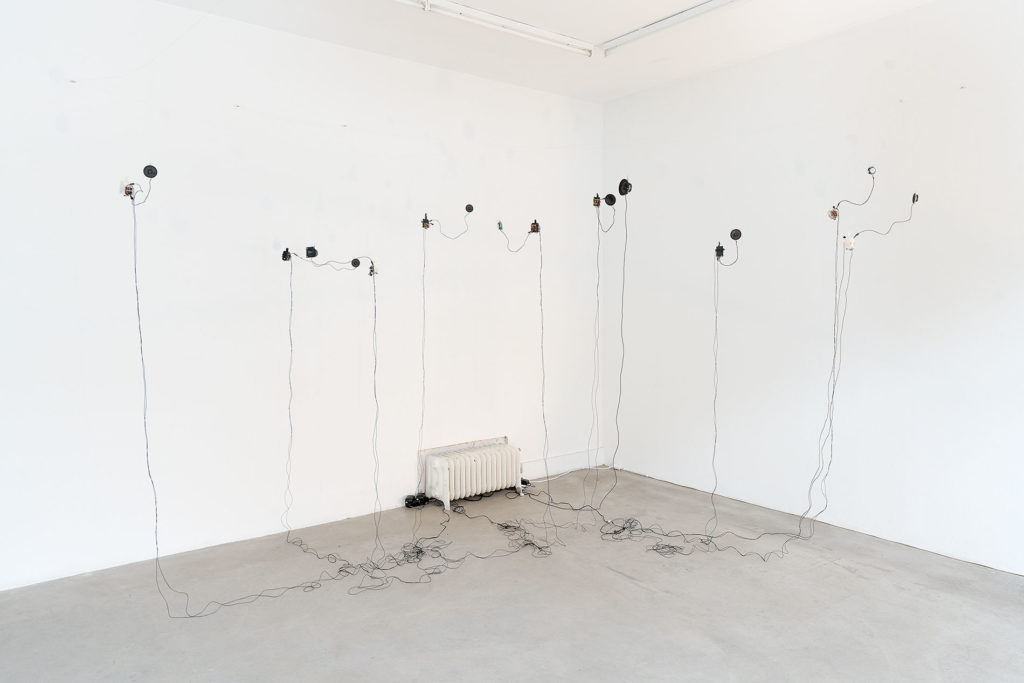 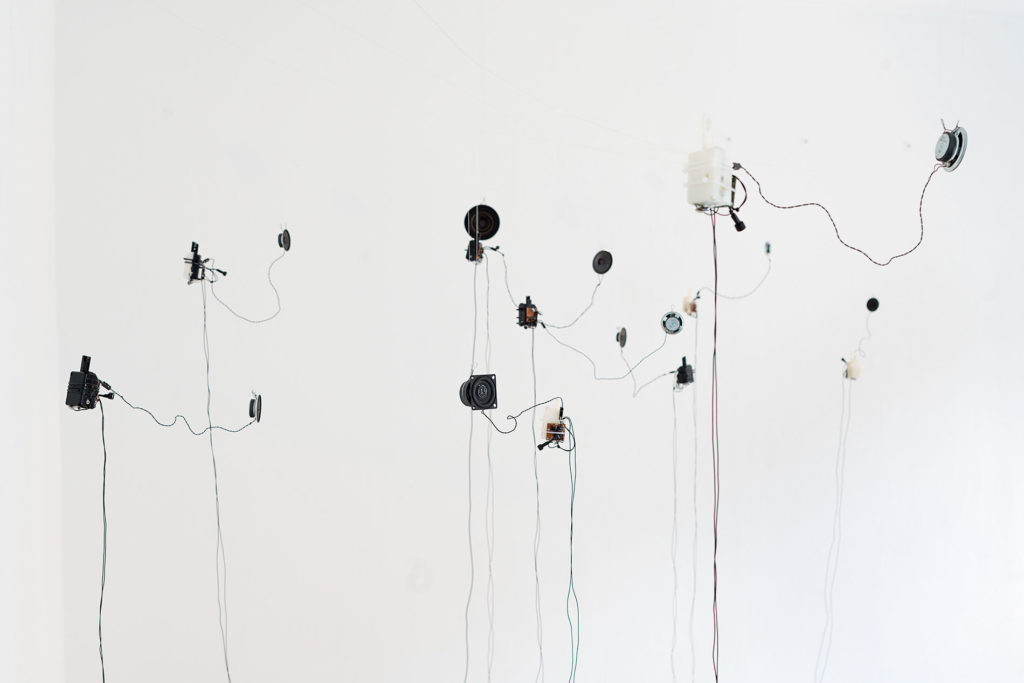 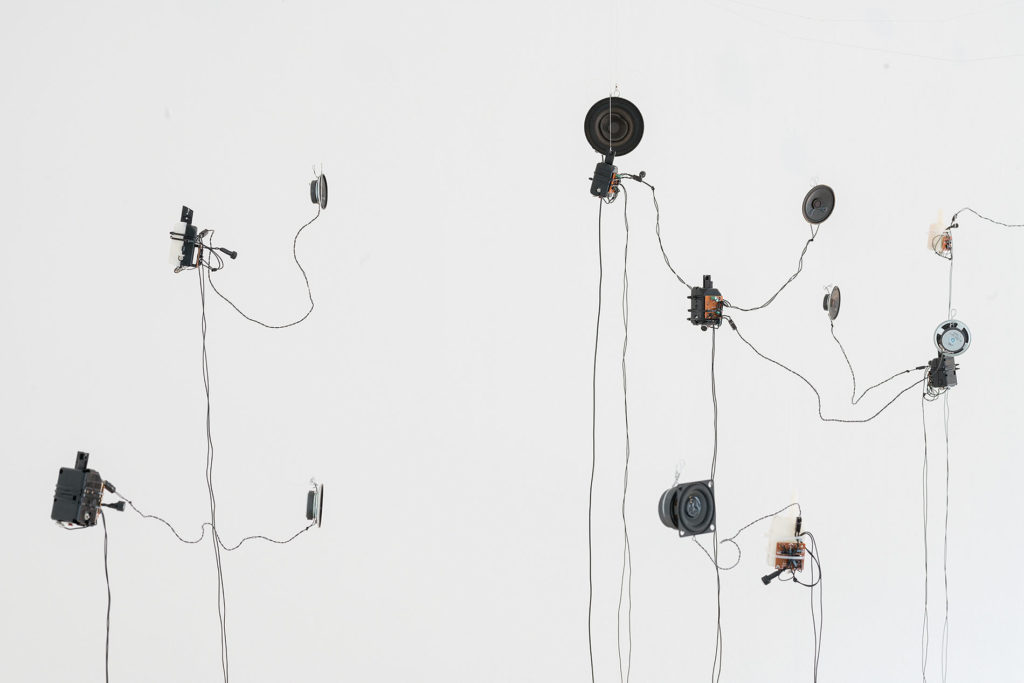 Whispers consists of a dozen small modules suspended on thin transparent threads in a space. Each module – originally taken from childrens speaking toys – has a speaker, a microphone, a motor and a small computing unit (circuit). Together they build up an autonomous system listening to birdsounds transmitted by one static speaker in the room. The modules work as performers, receiving and playing back all nearby sounds they can pick up, creating a situation of live sampling. Thereby every module works on its own, autonomous and independently but mimicking the other ones. Movement is created by the built in motors which take the soundinput as the triggering moment.

Like birds in the forest the modules try to impress each other getting louder, screaming more, or becoming quiet. It is hard to locate a single sound or a single module, they work all together creating a network of information. The system itself is an open system and can be modified by the soundinput of the visitors. The self-reflecting systems transforms into a participatory space.