Time Is Somewhere but Not Here 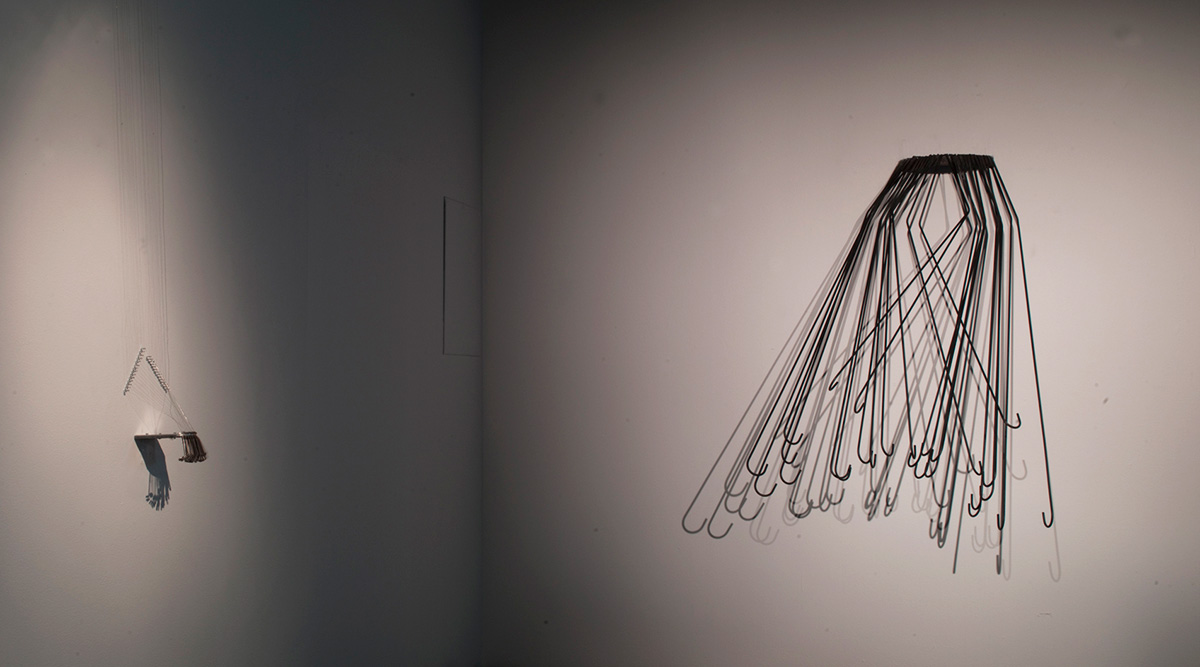 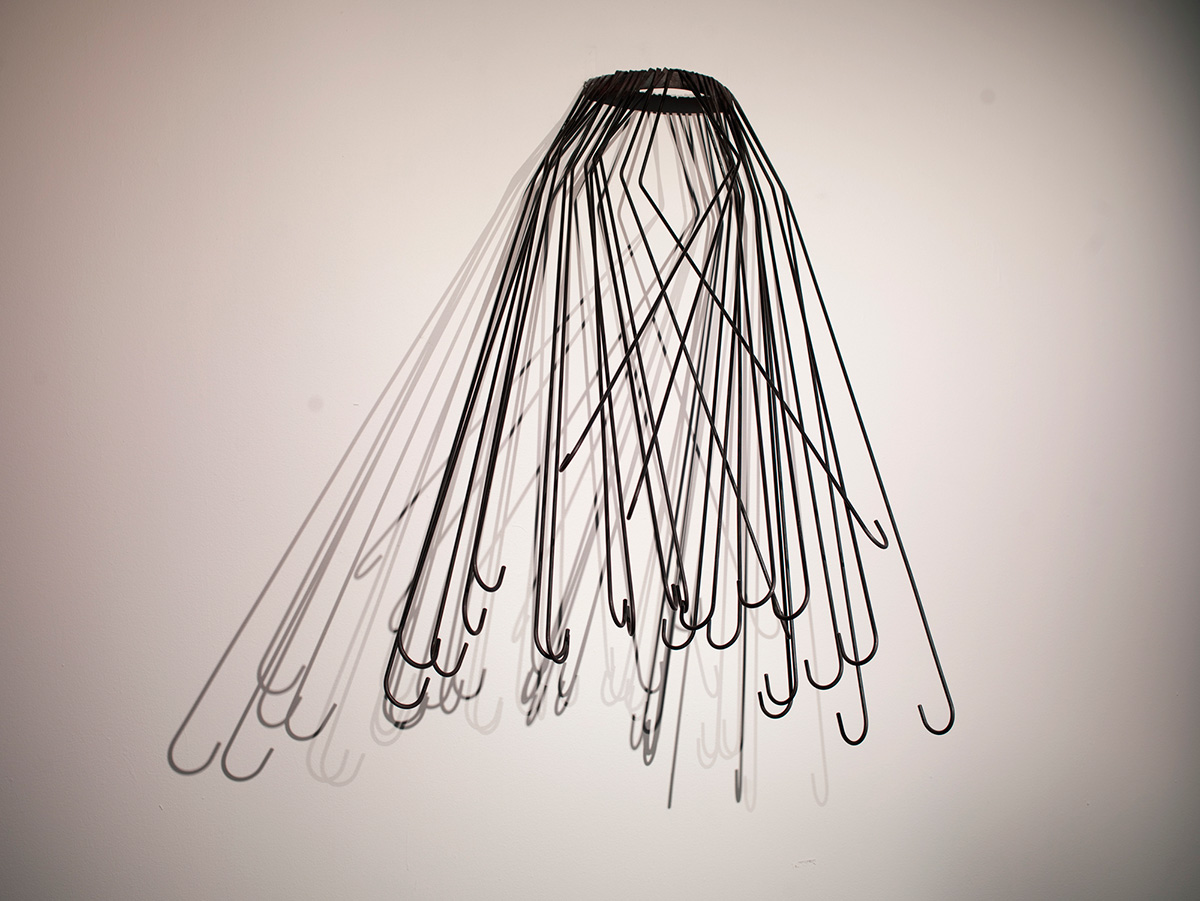 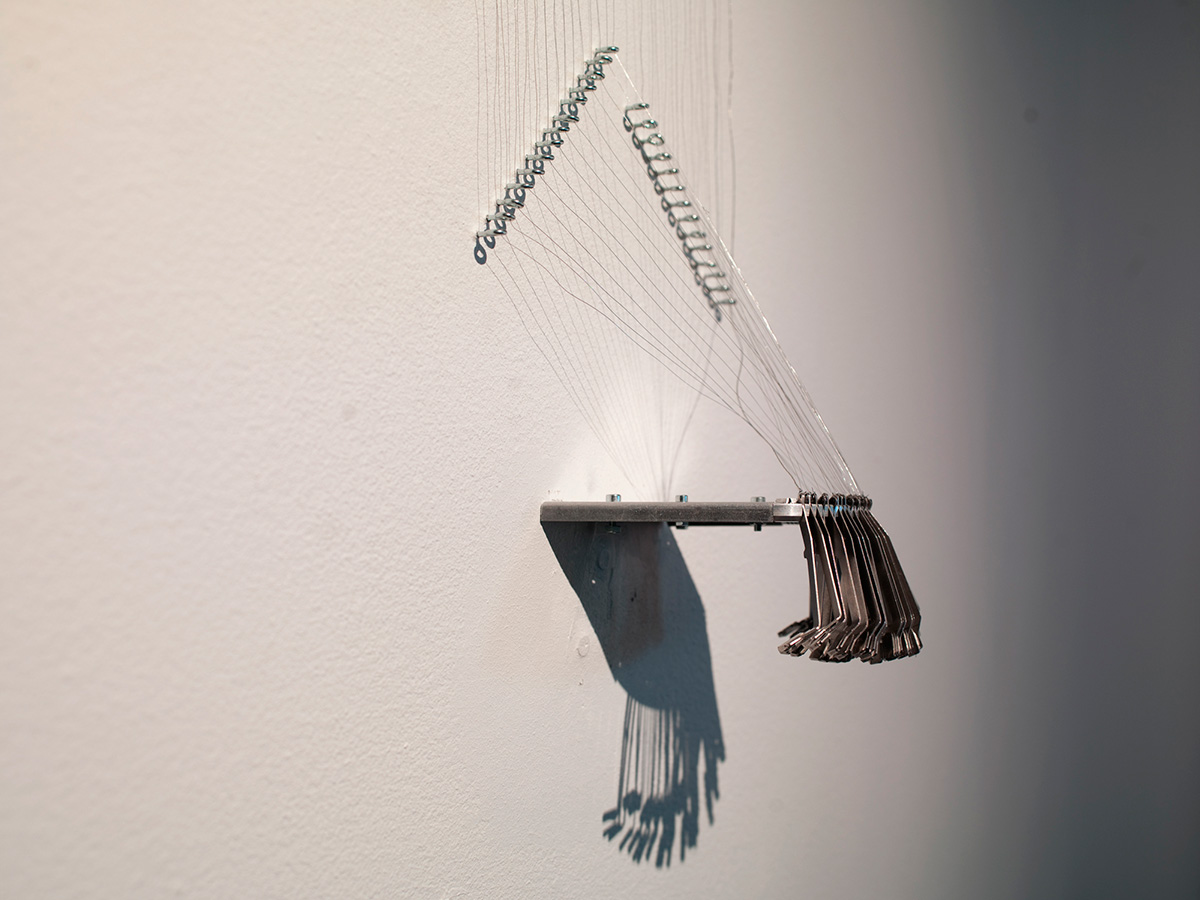 Time is Somewhere, but Not Here consists of two sculptures facing each other diagonal across in a space. The installation shows an attempt for dialogue; a conversation that might happen only in the imagined space in between.

Both sculptures belong to the same family and derive from one object – a typewriter machine. Whereas the small sculpture uses original elements of the typewriter, the larger one is composed of long metal rods, an abstraction of typewriter components, thin small elements which connect the letter hammers with the keys. They were the connectors, the ones that were holding everything together, representing function and control – now in disorder.

The small sculpture is dominated by multiple lines. Once in a while some elements of the machine move slowly, in silence. An attempt, approaching the larger sculpture on the other side, barely noticeable. The movements follow their own rhythms, the machine is not interacting with somebody else except of itself.